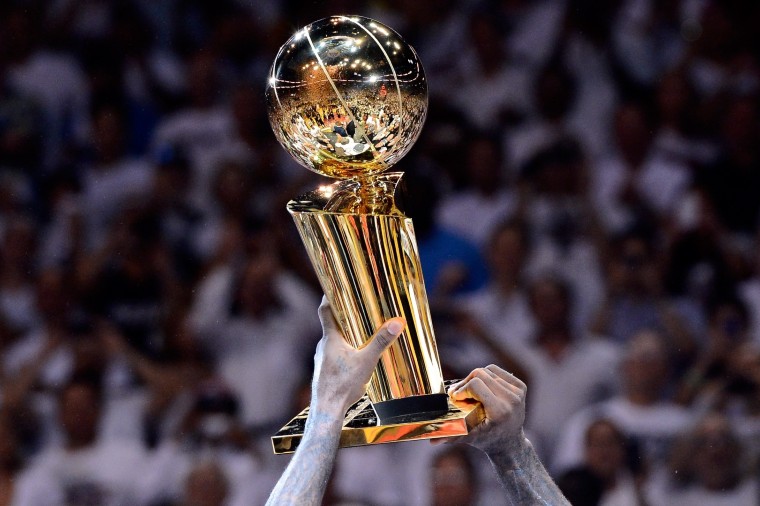 The National Basketball Association (NBA Championship) has always been a huge part of household entertainment and water cooler chat. This season is proving to be no different, with more people invested in the outcome than ever before. So many people are placing their bets and closely watching the development of future superstar players and Most Valuable Player (MVP) status. Basketball has been an essential part of American culture for decades, with the fast-paced game being an excellent display of players’ athleticism and skill. It’s no wonder why it has become such a widespread phenomenon, taking the modern world by storm. Brand endorsement, sponsorships, and modern technology have all contributed to the mass media coverage of the NBA. That is why we’ve compiled a list of some favorite teams for the 2022 NBA championship, and what their odds are. For the latest predictions and accurate odds, check out Fanduel’s NBA odds.

Firstly, are the Brooklyn Nets. When fully healthy, the team is remarkable. Since their establishment in 1967, the Nets have maintained their place within the NBA leaderboard. Injury has limited the last season, with all-star guard Kyrie Irving leaving after the fourth game due to a sprained ankle. However, rumors are spreading that the Nets will come back fighting in 2022. Since their 2012 move to Brooklyn, the team has qualified for the playoffs on six occasions and will definitely set records in the coming season. Previous superstars throughout the years helped make the Nets what they are today, thanks to the likes of Jason Kidd. New moves such as Kevin Durant as a forward are sure to pay off and maintain their reputation. The odds are +250 for the Nets at the end of the 2022 season.

Next is another iconic part of NBA history that is still going strong to this day. The Los Angeles Lakers began in 1947 and have had a history of being led by Hall of Fame members as both players and coaches. The unique dynamic of the Lakers is something that helped make basketball what it is today, and the team holds the record for the NBA’S longest winning streak in the 1971-72 season. Thanks to their reputation, Lakers players are widely considered elite, and attempting to live up to that in number 1 jersey is Trevor Ariza. The odds for the Los Angeles Lakers are +450.

The current defending champions of the NBA are the Milwaukee Bucks. Having been founded in 1968, the team won two league NBA championships and has had several MVP contributions. With a reputation to maintain, as some basketball fans believe their current status on top of the leaderboard to be a fluke, the Bucks have created an interesting new profile with players this season. Patt Connaughton as number 24 and Grayson Allen as number 7 are sure to secure future wins for the Bucks. The odds for the end of the season are +650.

Founded in 1946, the Golden State Warriors hold several NBA records and are considered one of the top, most regular teams. Known for their best regular season, and best postseason run records, the Warriors have drafted a range of ages for the coming season. With number one jersey wearer Damion Lee being a whole decade older than number four Moses Moody, the age gap is offering an effective combination of experience and energy. The odds for the Golden State Warriors are +1200.

Known as a powerhouse team that dominated the NBA in the nineties, the Utah Jazz has been through some restructuring and is coming back fighting. Founded in 1974, the team is a newer addition to the NBA championship and is not letting that stop them from earning a place on the leaderboard. They earned their best regular-season record in the 2020-21 season, and this year sees an international team on the roster. With Australian Joe Ingles as number two, French Rudy Gobert as 27, and Udoka Azubuike from Nigeria as number 20, the Jazz is an extremely cultured and diverse group. Other team members include potential Superstar players such as Donovan Mitchell, who is bound to maintain his reputation. The odds are +1400, so it’s going to be an interesting end to the season.

To summarize, the NBA has a rich history of cultural diversity and unique player dynamics. This season is panning out to be a fascinating watch and even more exciting betting. There are few sports that are as far-reaching as the NBA, and the fast-paced, high-energy game has never been so widely viewed. Thanks to mass media coverage, advertising, and technology, more people can view the season than ever before. Players are working hard during the off-season to train and establish new standards of endurance, stamina, and physical and mental strength. With the addition of new dynamics and player relationships, the 2022 games are going to be very tense and exciting to watch indeed. If you’re after an adrenaline-inducing form of entertainment, tune in to NBA TV or even check out ESPN for more coverage and the latest updates.

An essential part of western culture is the role of basketball and other sports because people have bet on sports for centuries. This is no different because the internet provides accurate predictions and financial security. Make sure to check out Fanduel for more information, the latest predictions, and accurate odds calculations. Another thing to watch out for is up-and-coming superstar players and those who are nominated for the Most Valuable Player (MVP) status. These tend to be the ones who will later enter the Hall of Fame and become immortalized through their record-breaking career and impressive media presence. There is a reason why we all know names like Kobe Bryant and Michael Jordan. Players such as these have consistently made headlines, and it is difficult to ignore the influence that they have on consumer habits, product advertising, and growing fan bases.