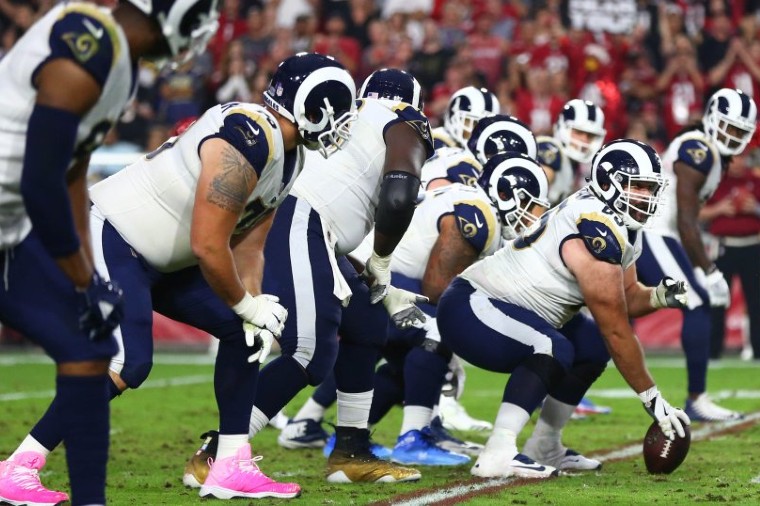 NFL Players Who Really Proved The Critics Wrong This Season

Who doesn’t love an underdog story?

In America, we love a story about someone who works hard to make themselves a better person, who beats the odds, and who makes us proud.

If you have followed this season, then you will already have a good idea of who will be number one on this list. But, you may be surprised by the rest of them.

Today, we are going to look at these types of NFL players – we are listing the 5 most important NFL players this season.

The 5 Most Important NFL Players:

Avonte Maddox has had a really, really good season.

The Eagles had a really mixed year, but they were much improved when it came to defense. We think that this had something to do with the amazing shifts that Avonte Maddox put in.

He set personal bests in all of his tackling stats. 73 total tackles, 53 solo tackles, 20 assists, 5 tackles for loss, and 0.5 sacks. He did all of that while only starting in 5 games.

They didn’t win the NFC East this year, but that is no surprise because the Cowboys had a nearly flawless season. But considering they came last in the division last year, this team really has a lot to be proud of.

We have been so happy to see De’Vondre Campbell excelling now that he has joined the Green Bay Packers. Many had expected Campbell and the Packers to make it to the Super Bowl this season, but the playoff results surprised us all.

That being said, Campbell has had an incredible season and his efforts were recognized this month by the Pro Football Focus team who named him their Most Improved Player of the Year.

Like many of the other players on this list, Campbell set a range of personal bests this year – just look at these stats.

132 total tackles, 88 solo tackles, and 2 sacks ( all personal bests). He also made 2 interceptions this year, after 5 years of not making a single one.

While Cordarrelle Patterson led the league in a few Returning stats last season while he was playing for the Bears – other areas in his game were really lacking.

Patterson is famous for being one of the Returning players of all time. But during his season with the Bears, other parts of his game started to suffer.

However, Patterson was jointly named Most Improved Player of the Year by The Pro Football Writers Association (PFWW) this year.

Our hearts honestly break for rookies that have a poor first season. They have worked so hard to get to the NFL and then luck isn’t on their side.

Trevon Diggs was one of these players. He made a few mistakes in his first games and even ended his season with a broken foot.

Not even he would have predicted his year would have gone like that after the 2020 Draft. You can find NFL draft odds for the 2022 Draft here.

What we admire most about Diggs however, is that he didn’t let that hold him down this season.

If you had told us in September that the guy who had been the quarterback for the Lions for the past 12 years would be lifting the Super Bowl – we would have laughed at you.

And yet, it happened.

Matthew Stafford’s journey from playing for arguably the worst team in the whole NFL to leading an average team to become Super Bowl winners will be talked about for years. And rightly so. It was something that no one had expected of Stafford. He has shown us all that we have been underestimating him for over a decade now.

Where we really saw a new side of Stafford this year, was in his tactical awareness and quick thinking of the pitch. He has given us an idea of what he can do when he has decent people around him.

We are looking forward to seeing what he goes on to do in the future. Congratulations, Matthew Stafford.

After the NFL season has finished, a lot of us like to look back and see who could have done better. However, today, we wanted to spread a little positivity and look at the players who surprised us and exceeded our expectations.