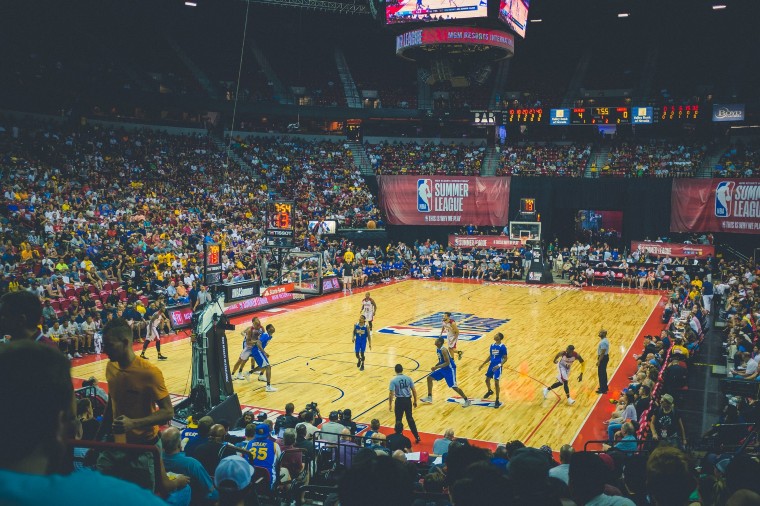 With the 2021 NBA season almost halfway through the First Half, the league is currently in progress. Last December 22, 2020, the NBA organization launched the newest season of the said sporting event with a new format. Instead of taking an  82-ball game season, it was reduced to 72, where the G-League might not happen for the first time.

As the 2021 NBA season gets five more weeks before the First Half closes, more thrilling games are coming and SportsPlays is all set to watch out them. A few weeks ago, some matches got postponed because some players did not go under quarantine while others were not healthy. But this week and the rest of the First Half, all teams are in full-force to complete the First Half scheduled tournaments.

Since the 2021 NBA season started, drama and surprising events took place. The East amazed the fans after a pricey trade from one of the players. On the other side, the West got a nip and tuck race in which every team is surmounting each other. While the best got Jazz, Lakers, and Clippers as gigantic contenders, let’s look into this side’s dark horses. As such, here is an explanation of why they can upset the NBA’s big favorites.

The Phoenix Suns have entered the 2021 NBA season with a bang. During the trade, they got Chris Paul who will now be their most reliable point guard. After eight weeks of the regular playoff schedule, the Suns are on the fourth seed in the West. They got thirteen wins and nine defeats, which looks like a real contender for the West.

This team was quiet for years and had not gotten their Conference title since 1993. Besides, they have not owned a single NBA trophy since the team got established. Today, the Suns are taking the right road, and having tougher players in the line up might help them enter the postseason. In fact, they will go up with the Bucks and the 76ers this week.

The Golden State Warriors were riding the fastest train last season, but they ran out of gasoline near the end.  Stephen Curry, who is the most reliable player of the Warriors, got injured and missed the postseason games. Not only that, but Klay Thompson was on the same boat, which made it harder for the Warriors to beat their rivals.

MVP Steph is back. pic.twitter.com/OJsWcAEzlB

This season, both of these players are looking healthier, and the team is also loading up some of the best performing rookies. With this in mind, the Golden State Warriors earn twelve wins to clinch the 8th seed in the West. It clearly shows that they’re now back on track. In two days, the Warriors will contend with the Spurs and Magic.

If you are looking for a team who loaded up the best players to boost their current roster, then the Houston Rockets are in it to win. They presently earned eleven victories, and Western Conference teams should get ready for them. Despite losing Russel Westbrook, the Rockets are still looking fine to launch a huge NBA season.

The team still got James Harden, who is the best scorer in the league. This man had shown the legacy of what a real basketball player should look like. Not only that, but the Rockets acquired DeMarcus Cousins and Chris Wood, which makes the line-up stronger than ever. That said, the Rockets can make the most out of any game in the West that even the Lakers can’t stop at some point.

The San Antonio Spurs are about to go up with the Golden State Warriors twice this week. These are exciting matches as both of these groups have been dominating the Western Conference odds ranking. The Spurs currently earn thirteen victories, and if they dispatch the Warriors in these two games, then the defending champs get a real threat.

One of the reasons why the Spurs are a dark horse in the West is the excellent line-up they got. LeMarcus Aldridge led the pack, who have influenced the other players to do better. Although the team has less experienced men to tap in the court, their dedication to challenge the big players in the West is something that other groups should consider.

Every year, the Western Conference has the toughest seeding as they primarily have the best teams in the NBA League. Housing the Lakers, who are the defending champions and the LA Clippers, and the Jazz, the competition looks tighter than ever.

In today’s season, the Rockets, Suns, Warriors, and Spurs are coming out of their comfort zone, challenging every participating team in the West. Can the Lakers manage to soar high in the West at the end of the First Half, or these dark horses are more determined to create a doomsday for the NBA defending champions?