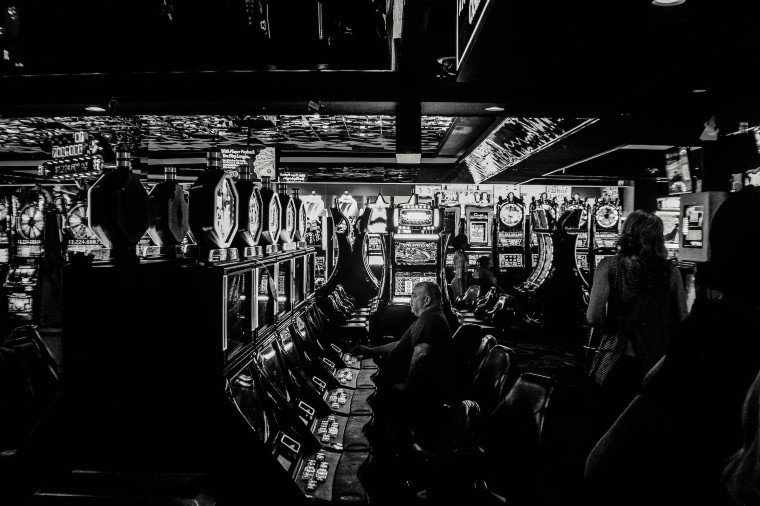 Slot machines were introduced during the 19th century and, while they have been modified several times over the years, they still retain their basic characteristics. Slot machine technology was originally very simple, but today’s machines are much more advanced. Play Jinse Dao Dragon online to see what a modern slot machine looks like. This article will show you how slot machines work and how they differ from other casino games.

Slot machines have traditionally been dedicated to taking coins, with the exception of a few innovations where players could use vouchers or cards to pay for their slot machine experience. However, coinless slots are now available and becoming increasingly popular.

Coinless machines tend to be more expensive because they require extra hardware and are more difficult to maintain compared to traditional machines – but they do have some benefits. For example, coinless machines can accept both credit cards and cash from players without requiring them to play different denominations like 50 cent bets (which is the typical minimum amount required for most slot machines).

The main draw for coinless slots is that they allow you not only easy access but also flexibility when it comes to how much money you want to spend on each game – meaning that if you don’t have enough change in your pocket but still have plenty of cash on hand then this type of machine could give you more leeway compared to any other form of casino gaming might offer!

Multi-game machines are the same as single-game machines, except they have multiple games on them. Each game is independent of the others and you can win one game and lose another. Theoretically, it’s possible to hit a jackpot on one game while losing on another.

That’s because these machines usually feature similar types of games: three reel slot reels or video slots which are some of the common examples. Games that are tied together by a certain theme or feature interaction between them are typically more rare (such as Wheel of Fortune’s Bonus Round).

For many years, slots have been considered the most popular casino game. But that may change in the near future as more casinos embrace skill-based gaming.

Skill-based gaming is an emerging trend in casinos across the world as they try to appeal more directly to their customers’ interests. Rather than relying on chance alone, this new type of slot machine can be played like a video game where players are rewarded for their skills rather than just luck. The games are designed with an objective in mind and high scores could earn you rewards.

Wide area progressives (WAPS) are a special type of slot machine that offers players the chance to win massive jackpots. The system works like this: when you play on a WAP, your individual bet is pooled with all the other players’ bets in the region where that machine is located. If you get lucky and land a winning spin, the payout will be distributed among all winners at once.

Upright slot machines are some of the most common types of slot machines in casinos. They’re also known as “one arm bandits”. These machines have three reels with different symbols on each reel and a handle that players can pull to spin the reels. The result is either a win (when three matching symbols appear) or a loss.

Slant top slot machines are easier to repair and maintain, so they’re more compact than upright models. They’re also more portable because their parts don’t take up as much room when disassembled for storage or transport purposes.

The modern slot machine is a marvel of technology, with a wide range of features to keep players entertained and engaged. Slot machines have been around for over 100 years, but they’ve changed significantly during that time. So what exactly makes slots different from other casino games?

There are many technological innovations that have greatly improved slot machines over time: these include bonus rounds (which give players additional chances at winning), progressive jackpots (jackpots that grow constantly until won), and high-definition graphics for an immersive experience.

Slot machines have been a central part of the casino industry since its earliest days. They offer players an exciting combination of anticipation and luck, making them popular among both casual gamblers and high rollers alike. There are many different types available today, from classic electromechanical models that can still be found in older establishments to modern computerized models that incorporate features like multi-line play and progressive jackpots.