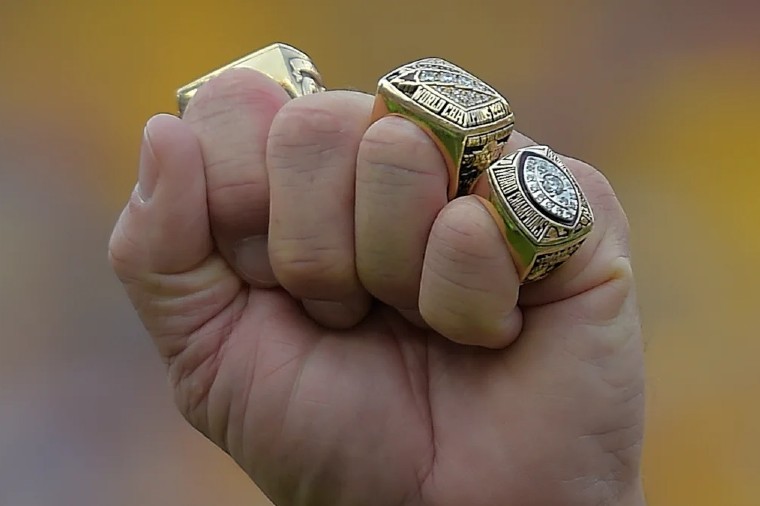 Successful NFL teams will qualify for the Super Bowl, and some of the highest achieving players have gone on to set records for the most Super Bowl wins. Here are five players who have the most wins, and what their achievements mean for future NFL rookies. Check out the latest NFL betting odds for more detail.

The NFL has seen a highly impressive range of talent ever since the championship started. Individuals are working hard to improve themselves and become the most athletic and capable player for their team. A team is only as strong as its weakest link, so every player needs to be versatile and have an excellent football IQ, as well as a high level of athletic ability.

5 Players With The Most Super Bowl Wins:

Firstly, Tom Brady has a total of seven wins at the Super Bowl. The quarterback stands out among many players for his immense ability to navigate the field and anticipate his opponents’ next move before it happens. Brady competed with the New England Patriots, where he gained six of his Super Bowl rings.

Brady’s football IQ and basic knowledge of the game has also contributed to the changed perspective when it comes to recruiting new players. There is more of an emphasis on mental agility instead of physical performance alone. Brady’s immense legacy continued when he won his seventh Super Bowl with the New England Patriots at the end of the 2020 season.

Among a selection of NFL records, Brady has a highly impressive legacy that has shaped how new players are recruited. Talent scouts appreciate the role that football IQ plays, as a result of Brady’s influence.

Another player who defended an impressive reputation for total Super Bowl wins is Fuzzy Thurston. The offensive lineman gained his first NFL championship win after the 1958 championship with the Baltimore Colts.

Thurston then moved to the Green Bay Packers, where he won the first two Super Bowl championships ever. The name was officially used after the 1966 season, where Thurston contributed to the Packers’ success. In turn, the offensive lineman helped create the Packers’ legacy as one of the highest achieving NFL teams ever.

In addition, Forrest Gregg was another offensive lineman to win six Super Bowl wins during his NFL career. His championship rings came at the end of the 1961,1962, and 1965 seasons with the Green Bay Packers.

1966 and 1967 were Gregg’s first official Super Bowl wins, when the name was first being used. However, the achievements of the offensive lineman are no less valid than more recent players’ Super Bowl wins. Following his Super Bowl I and Super Bowl II wins, Gregg helped the Dallas Cowboys win Super Bowl VI at the end of the 1971 season.

Gregg’s offensive tackle made him such a stand-out player, and he was inducted into the Pro Football Hall of Fame as a result. Gregg went on to coach future players within the NFL, and his legacy lives on through young players and rookies.

The next NFL player to achieve six Super Bowl wins during his career as a professional athlete is Herb Adderley. He played as the Green Bay Packers’ defensive back, and helped the franchise win the NFL championship in 1961, 1962, and 1965.

Adderley won his first official Super Bowl game at the end of the 1966 NFL season. Like Forrest Gregg, Adderley saw Super Bowl I and II wins with the Packers. The defensive back was next seen as a part of the Dallas Cowboys, where he won the Super Bowl VI in 1971.

As a defensive back, Adderley’s efforts and huge achievements within the NFL have been widely celebrated by fans across the world. The iconic player was induced into the Pro Football Hall of Fame in 1980.

Finally, Charles Haley has been inducted into the Pro Football Hall of Fame for his record number of sacks achieved during his career. This is only one example of the numerous achievements that the defensive player saw.

Haley was the first player in the NFL to win five Super Bowl games, and is known for his immense knowledge of his defensive position as well as versatility. Playing as a defensive lineman with the San Francisco 49ers, Haley won the Super Bowl after the 1988 and 1989 regular seasons.

Then, he moved to the Cowboys. After the transition, Haley helped his team achieve three more Super Bowl wins. These occurred at the end of the 1992, 1993, and 1995 seasons. Haley remains an icon for many NFL players, and he has been widely recognized for his efforts as a professional athlete.

Ever since it began, the NFL has seen a huge amount of high achieving athletes that make up successful teams. Each player has set their own records during their careers as professional football players, and the total number of Super Bowl wins is one of those.

The NFL is often something that young players will strive towards, and team members work hard to achieve championship rings at the end.